I’m always excited and passionate about every post that I share with you on From My Vanity, and today I’m bringing you something I am just as passionate about…but that might be a little far-fetched as something that comes across my vanity. However, because of how much I’ve been looking forward to this movie, I couldn’t not share the news with you. And I think it’s okay to go a little off-topic on occasions, don’t you?

A Little History of Beyond the Mask

“BEYOND THE MASK majors in surprises,” Burns said of the film that opens in the English countryside and ends in high action. “From production quality and special effects to acting to the storyline combo of gospel and adventure, this is Christian filmmaking 2.0,” Burns said, adding proudly, “and from a strongly homeschooled production community.”

Impressed by the artistic values, Dr. Bruce Eagleson, founder of the Alliance of Christian Home Education Leadership, praised BEYOND THE MASK as endorsements also pour in from state leaders. “Movies should be a good story well told,” Eagleson wrote in his movie critique, “and while BEYOND THE MASK remains faithful to the gospel, primarily it is a good story well told.”

“It’s unlike just about any movie I’ve ever seen,” said Christian filmmaking legend Stephen Kendrick, who contributed to Paul McCusker’s BEYOND THE MASK script. Kendrick’ films–like COURAGEOUS and FIREPROOF–made with his brother, Alex, ushered in the new Christian film era, and the praise hardly stopped at the script. “This movie has more green screen shots and CG effects than any other live action Christian film in history,” he exuded. “The real adventure has been their creative climb of that digital Everest.”

Crowdpleaser Andrew Cheney (SEASONS OF GRAY) is the dashing Will Reynolds, opposite Kara Killmer (“If I Can Dream” and “Chicago Fire”) playing Charlotte. Welsh actor John Rhys-Davies (LORD OF THE RINGS and INDIANA JONES) rounds out top action.Chad Burns directed; Aaron Burns produced and Tracey Burns is associate producer.

About the Movie, Beyond the Mask 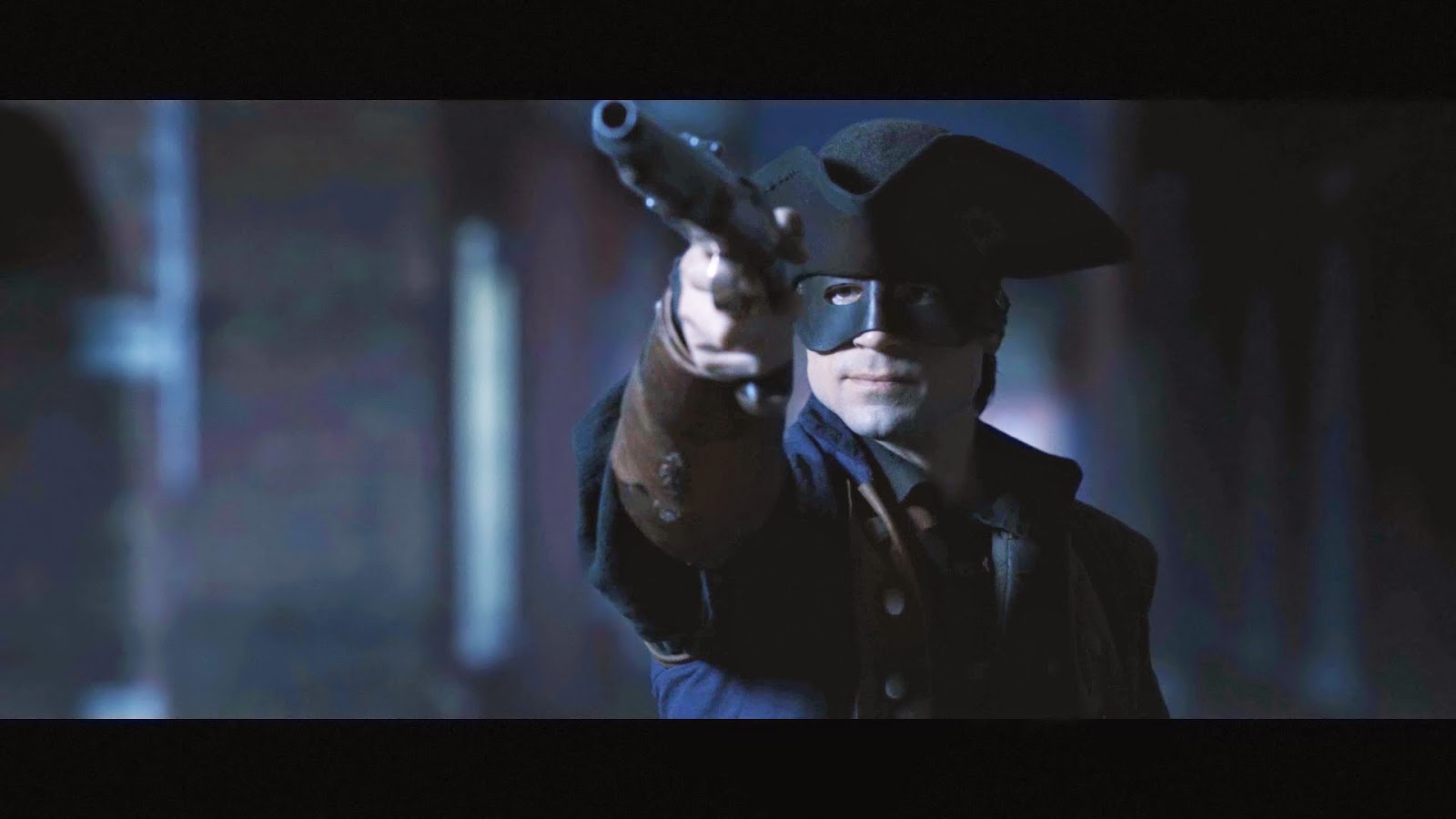 Double crossed and on the run, an assassin for the British East India Company seeks to redeem his past by thwarting a plot against a young nation’s hope for freedom.

The leading mercenary for the British East India Company, Will Reynolds has just been double-crossed and now is on the run in the American Colonies. Working to redeem his name and win back the affections of the woman with whom he’s never been fully truthful, Will now hides behind a new mask in hopes of thwarting his former employer. 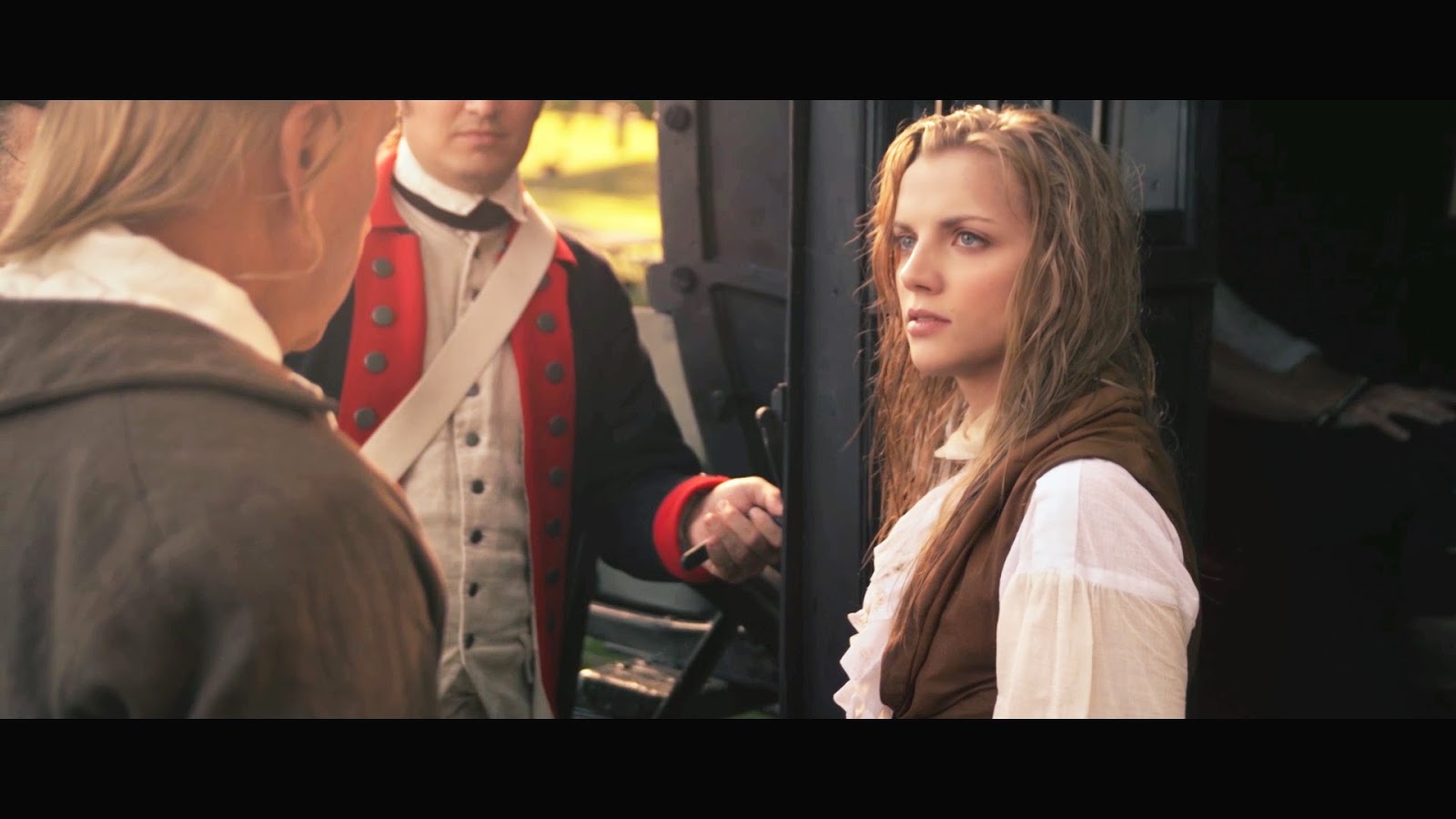 As his past life closes in on him, Will must somehow gain the trust and the help of his beloved Charlotte – as well as Ben Franklin – while he races against time to defuse a plot of historical proportions.

Coming to theaters Spring, 2015, Beyond the Mask is a revolutionary new family film that brings history to life in a faith-filled adventure celebrating grace, liberty, and the true freedom that can only be found in Christ.

See if It’s Showing in a Theater near You!

Because who doesn’t love watching movie trailers, right? I know I do! Let’s take a look…
Pretty intense, right? And the movie delivers all that, and more! 🙂

Why You Should See Beyond the Mask 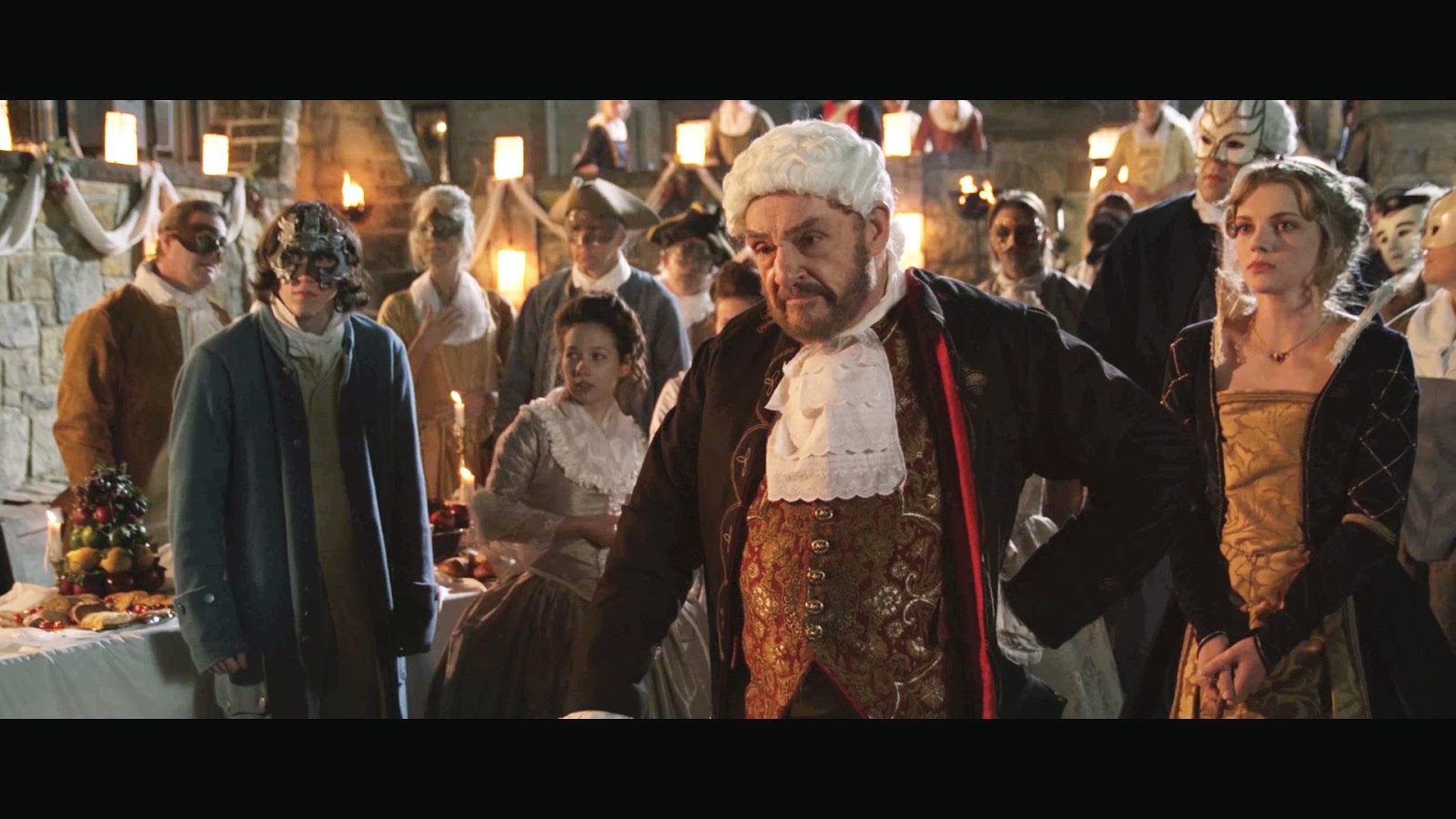 The Burns Family Studio has grown a lot since I saw their movie Pendragon: Sword of His Father back in 2008. Less than 5 minutes into this movie, I had to throw everything I thought I should expect (from watching Pendragon) out the window, as Beyond the Mask was in a league all its own!

The movie starts at a pretty quick pace, but calms down just a bit when Will assumes the roll of a local vicar. It doesn’t take long, though, for things to heat up once again for Will and from there on out it was a wild roller coaster ride of adventure and romance.

I, personally, loved the action! My husband and I joked that it was like Batman got sent back in time! Things happen quick, and you definitely have to pay attention to the different loyalties in order to keep up. There was one part that I found rather confusing, but since I don’t want to give anything away for you, I will keep that to myself. I’ll only say that in the future, they shouldn’t have two actors that look very similar to play parts on both the good side and the bad side. Especially when the majority of scenes with them are in the dark, haha! 😉 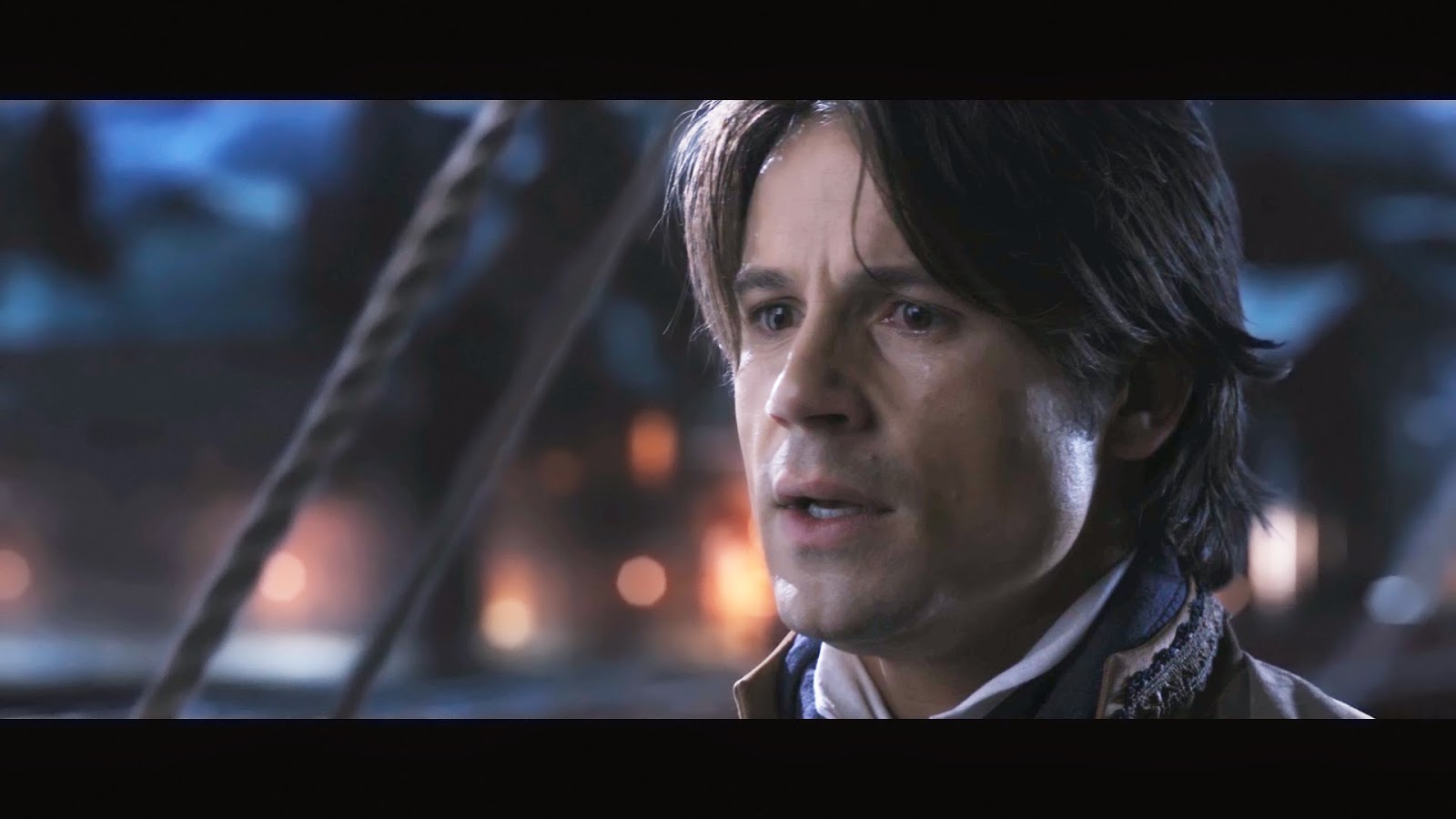 The romance was a bit rushed and unrealistic (in my humble opinion) but I understand that a lot had to happen in an hour and forty-five minutes. I did appreciate that Charlotte was portrayed as a godly woman who thought and prayed about her attraction to Will.

All in all, I found this a wonderful action movie that had a meaningful message woven into it. There are so many different things in here that will appeal to a wide audience — action, intrigue, romance, drama, and even a splash of humor thrown in here and there. It’s a movie the whole family can go see and enjoy!

How You Can Bring it to Your Local Theater

After all the information that I’ve just thrown at you, who doesn’t want to go see this movie, right? It releases in theaters on April 6th.

Click here to see if there is a theater near you that will be showing it.

No theaters nearby? Well, not to worry — you’ll have to act quick, but you can still make it happen! You can request to become a THEATER CAPTAIN! All you have to do is sign up to help find a big group of people in your city that want to see this movie. It’s not too hard — I think you only need around 60 people to ensure the movie will show at your theater — and they even have a few perks for you, as the Theater Captain. Can’t argue with that! 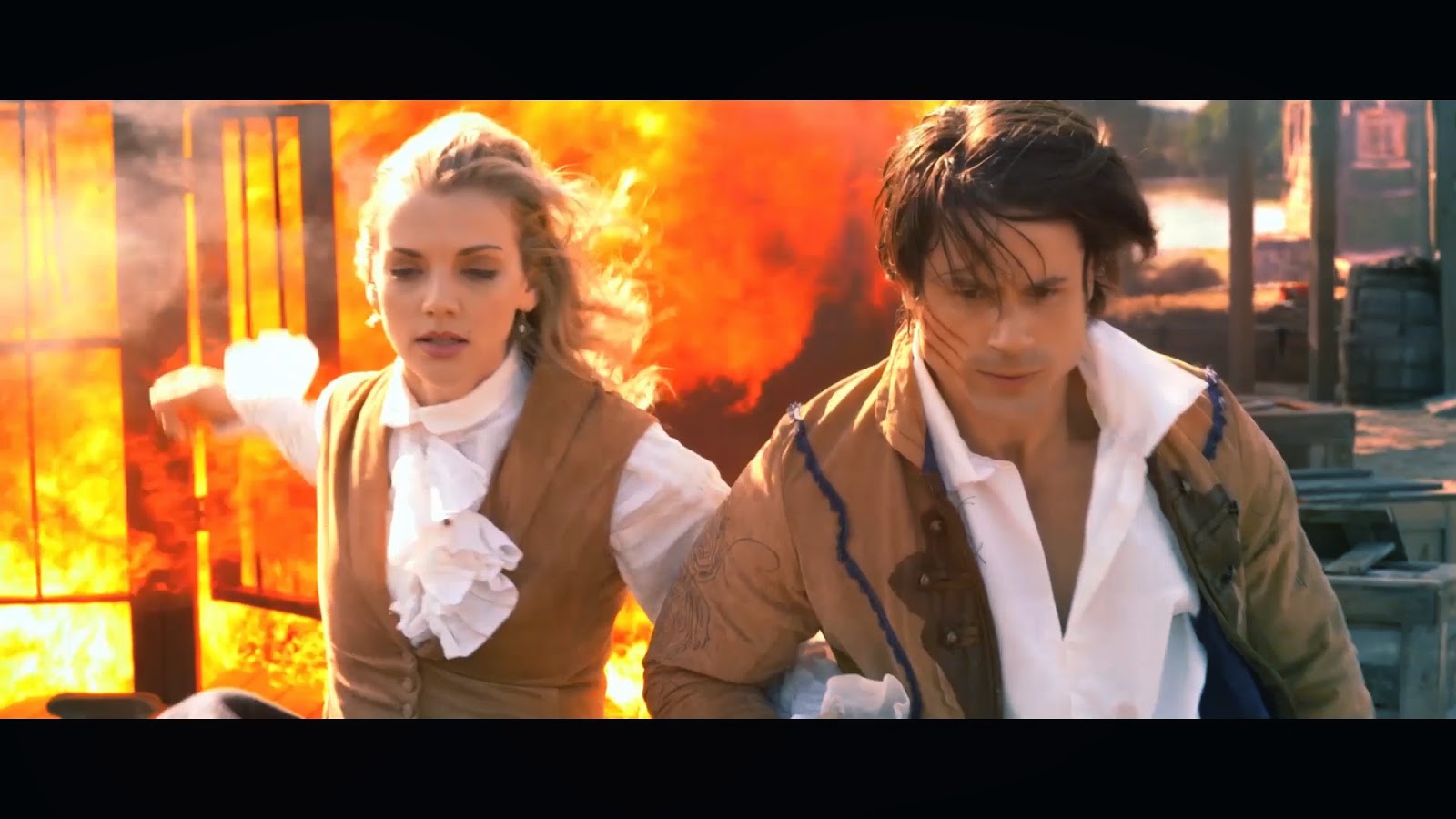 Once you see this movie, I doubt you’ll want to leave the historical adventure anytime soon, so Burns Family Studio has provided you with a few ways to keep the adventure alive for longer.

They’ve produced a movie companion book to go along with Beyond the Mask and have release the first chapter — called Secrets of the Past — so that you can read the history of Colonial America that was portrayed in this film.

Read  Secrets of the Past

So, what do you think? I know that was a pretty lengthy post (even for me!), but there was so much information to share with you all! I highly recommend you take your family to see this movie. It’s rated PG, in case you were curious.

Let’s support our fellow brothers, Aaron and Chad, by going to see the movie. As I’ve said already, Beyond the Mask is a movie your whole family will enjoy!
I was able to see a pre-screening of this movie in order to share my thoughts with my viewers. All thoughts are 100% my own.

This site uses Akismet to reduce spam. Learn how your comment data is processed.

The Web Host I Use

This website uses cookies to improve your experience while you navigate through the website. Out of these, the cookies that are categorized as necessary are stored on your browser as they are essential for the working of basic functionalities of the website. We also use third-party cookies that help us analyze and understand how you use this website. These cookies will be stored in your browser only with your consent. You also have the option to opt-out of these cookies. But opting out of some of these cookies may affect your browsing experience.
Necessary Always Enabled

Any cookies that may not be particularly necessary for the website to function and is used specifically to collect user personal data via analytics, ads, other embedded contents are termed as non-necessary cookies. It is mandatory to procure user consent prior to running these cookies on your website.